Why China, India and Indonesia and not Australia, America or other similar countries?

Someone asked me this question recently, and it’s a fair question to ask. There are children in need in Australia, America, England and other countries. So why China, it’s a successful nation isn’t it? With a strong economy?

David, founder of Heart For Kids & ChinaHeart,  believes that no matter what country or what physical circumstances they are in, children deserve to know that they are loved and special to Jesus and other people; and to have the opportunity to grow to be the person they were created to be.

The sheer numbers of orphans and children living in poverty where we serve are staggering compared to Australia or similar countries.

We don’t believe children in any country are more deserving than others. But often the ability of children in some countries to receive help and care is greater than other countries. In many Western countries there is a relatively large number of care organisations, both government based and non-government. This is not the case in the countries where we serve.

For instance; the financial standing of families in rural China is far from what can be seen if you only consider first level cities like Bejing or Shanghai. There are many wealthy people living in these first tier cities and zones, however this wealth does not transfer through to the smaller cities and rural areas. In these areas people can be living on just a couple of dollars per day. You can search the internet for statistics on poverty; for China you’ll find a lot of debate as to the numbers. Is it 200 million living on less than the World Bank’s $1.25 level, or  is it 87 million living on less than $1.03? 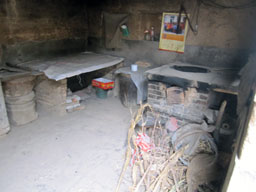 Another situation which has impacted children in China is their one child policy. This has led to circumstances and pressures in families that are not faced elsewhere. This policy is in a state of change and laws are being relaxed, however some of these changes will not take effect for years to come and no one is sure just what the results of this change will be.

Then there comes the less subjective aspect. If you know there are children in need in many areas, who do you help? If you feel led and called to help orphans and children living in poverty in an area, such as where we’re serving in China, India and Indonesia, then that’s where you serve. And that’s why we serve where we do.