Helping kids re-write life stories and turn around futures, one by one

What are we about? We want kids to have the opportunity to achieve their potential

We’re a Christian organisation helping kids in three countries to rewrite life stories. We have been doing this since 2003. We’re a medium-sized organisation taking a very hands-on approach. We are serving children one, by one, and we’ve seen great results this way.

Heart for Kids began as ChinaHeart, helping orphans and kids living in poverty in China, around 2005. In 2014 we felt led to explore other areas. It was important that we only serve where we felt called. Rather than opening new operations we partnered with local reputable organisations and in 2016 we began serving in India and Indonesia.

The work in each of these countries is slightly different, while still being at the heart of who we are. The founder of ChinaHeart, David, personally believes that no matter what country or what physical circumstances they are in, children deserve to know that they are loved and special. Not only to people around them but also to Jesus. They should have the opportunity to grow to be the person they were created to be.

Research has proven that sanitation, like safe clean water, and education make huge differences for a person. These are the two main areas we serve in, helping children stay in school or even attend a child centre when no schools are available. And installing safe water bores in villages.

We are not an adoption agency but we have had over 45 children from Doves Wings, our foster home in China, adopted to various countries including inside China. We have also led nearly 60 short term volunteer teams serving in orphanages and various programs.

In 2021 we provided safe water to nearly 15,000 people, gave away 6000+ free COVID19 food parcels, trained 20 women to open their own small tailoring business in urban slums in India and provided education opportunities for 220 children.

One way Heart for Kids is serving children is enabling them to stay in school and receive the best education available in their area. The estimated number of orphans in China is between 9 & 15 million and for many education is a real struggle. It’s not just about humanitarian aid for the sake of doing a nice thing. Our child care & support programs help bring change for some of these abandoned & orphaned children. It can even save a life. 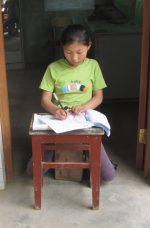 Cullian
A Heart for Kids child

Children are battling many issues

What we understand of children’s lives in our country is probably extremely different to the countries we’re serving in. Children are growing up having been abandoned or left with elderly relatives when parents move thousands of kilometers away.

They may not have access to schools because of poverty or sometimes even because their education standard is too low.

Fathers may spend their wages on alcohol pr drugs and leave the family in complete poverty.

These are the circumstances of the children we’re serving.

Heart for Kids believes that our faith unites us with others and leads us to reach out to children in need. We believe called to help the orphaned and marginalized as spoken of in James 1:27. Where possible we serve with other organisations with kindred spirits.

Heart for Kids is not a demonination. We’re an inter-church evangelical Christian ministry who believe in the following:

That God the Father, Son and Holy Spirit is one God in three Persons, revealed to mankind through the Holy Bible, which is God’s inspired Word, and has supreme authority in all matters of faith and conduct for Christians;

That Jesus Christ, born of a virgin, is God’s only-begotten Son, and, that being both fully human and fully divine, He exemplified the Kingdom of God through His life and ministry on earth, and the increase of His Kingdom shall have no end;

That God created the universe, and He created mankind in His own likeness and image so that we could relate with Himself, but since the fall of Adam and Eve, all mankind is universally sinful, and therefore subject to the condemnation and judgement of God with the punishment of eternal death.  That God does not desire any person to die eternally, and so provided a way for us to be reconciled to Him and redeemed from this judgement.

That Jesus Christ freely gave Himself to death upon the Cross, to redeem mankind; that He rose from the dead in triumph, for it was impossible for Him to be held in its power, and is now seated at the right hand of God in majesty; that God the Father has given all authority in heaven and on earth to Jesus Christ, Who is the King of kings and Lord of lords;

That at Pentecost, the Holy Spirit was poured out into the world.  He convicts people of sin and draws them through the love of God to repentance and new birth into the life of the risen Christ; that there is no other way for anyone to escape from eternal death and be reconciled to God; that Jesus Christ baptises in the Holy Spirit all who, through repentance, faith, love and obedience, put their trust in Jesus as the Christ, the Son of God, in Holy Spirit power and anointing to produce in us the gifts and the fruit of His Presence which empower us to be His witnesses and do His works here on earth;

That the Christian Church is the Body of Christ present in this world today, for which He prayed that the unity which He enjoys with His Father would be achieved with God, and so would draw people to Himself; that Jesus Christ shall come again in power and glory when the Church completes its task of taking the gospel to all peoples, and at that time all nations will be gathered before Christ for Him to judge the living and the dead in righteousness; that all people are to love God totally, love their neighbour as they love themselves, and put their faith into action;

That prayer is a God-given means of divine appointment between God and people, through which God achieves His gracious intentions on earth, and, ultimately, will fulfil His glorious purpose of presenting the Christian Church to His Son as a bride comprising people from every tribe, tongue and ethnic group on earth.

These children are waiting 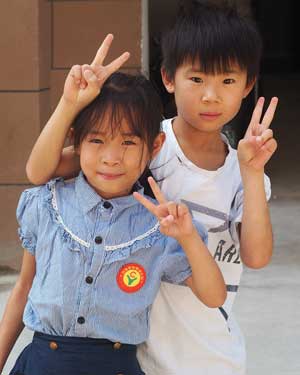 Hi, we have a special Christmas / New Year invitation for you...

We thought you might like to receive our occasional email news. You can fill in the few fields below, really easily, and then get back to learning about the children we serve. 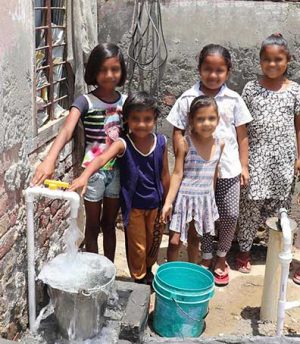